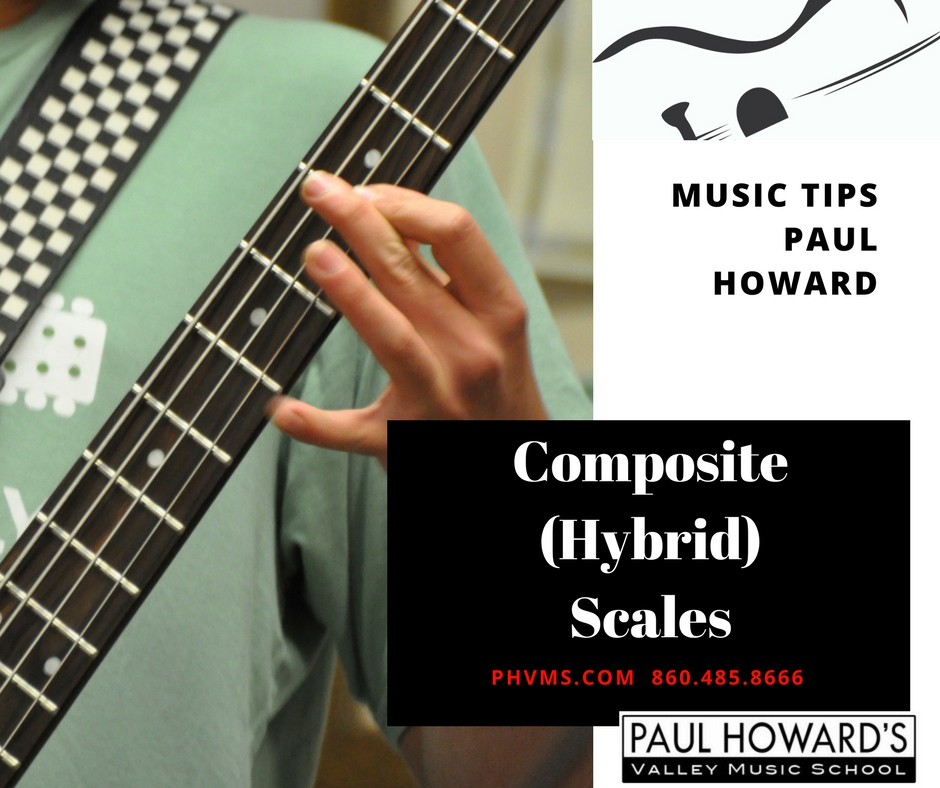 A Composite or Hybrid Scale is made by combing two different scales into one. Because of the influence of the blues on rock & jazz music, our note choices when improvising in a major or dominant key are often drawn from the both the major and the minor (or blues) pentatonic scales. Most players do not limit themselves to a strictly major or minor approach when soloing in a major or dominant key. Rather they will lean more towards one scale and use tones from the other as passing tones. Passing tones are non-scale or non-chord tones used to connect scale or chord tones. They are usually short in duration and occur off the beat (on the & counts).

Combining the major pentatonic and blues scale (including the b5) will result in a common composite scale. This is also sometimes referred to as the Swing Scale.

Since you have more note choices when using this scale, you must proceed a little more carefully than you would when using a strictly pentatonic approach. You will find that as the chords change, the appropriate note choices from this scale will change as well. For instance, when landing on the I chord, you will probably avoid the b3 from the blues scale and use the 3 from the major pentatonic instead. Composites such as this are usually used over major and dominant 7th chords. 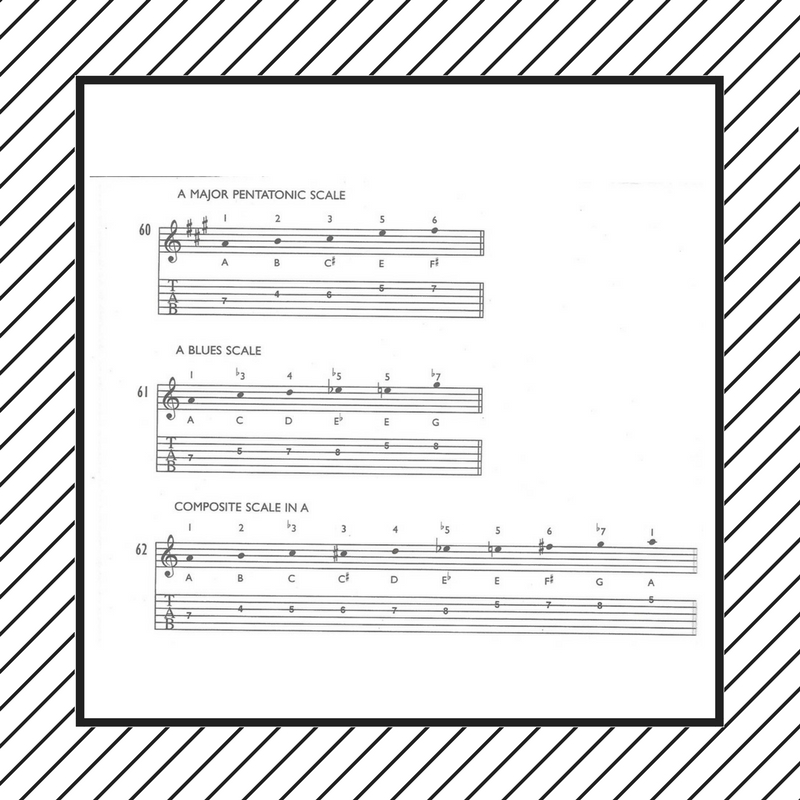